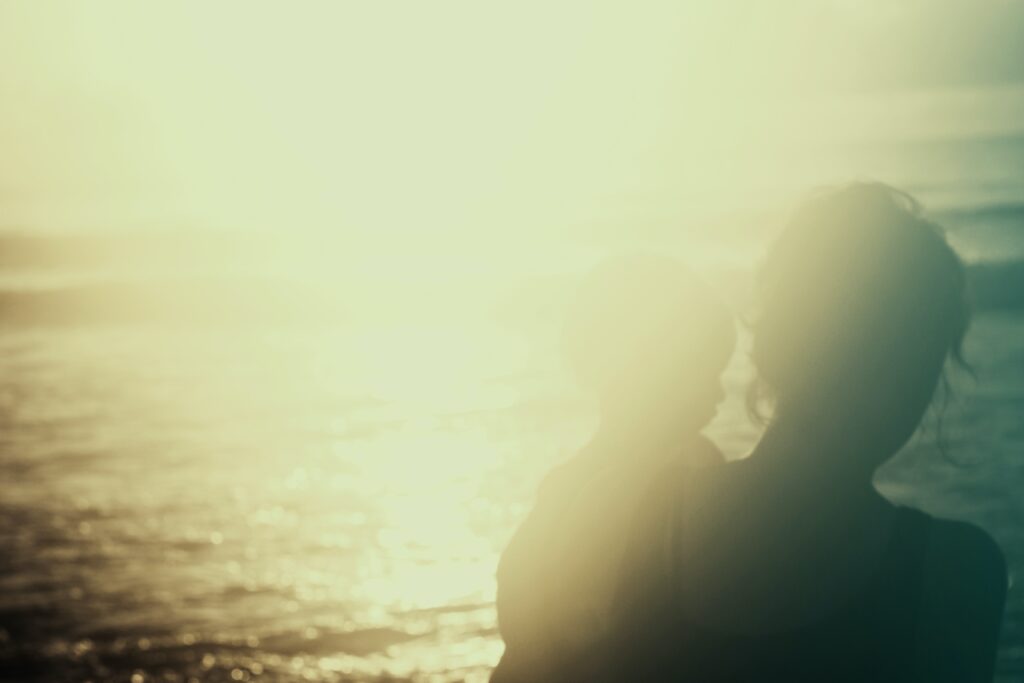 When I read the headline citing new research from the National Institutes of Health – “Postpartum Depression May Affect Women for At Least Three Years After Childbirth” – I remembered an evening, a decade ago, that forever changed the way I thought about motherhood.

At the time, I had been a doula, supporting women through childbirth, for four years, and I was nervously contemplating the prospect of my own motherhood.  I had attended a talk by the woman who would become my doula (spoiler alert:  I got pregnant) and she said something that I’ve found myself reminding, proclaiming, and reassuring the hundreds of women I’ve worked with since:

The transition to motherhood takes two to three years.

Not six weeks, when many women receive what’s often their only routine postpartum wellness support and are given the green light to have sex again (as if that were a woman’s primary concern after spending a month and a half leaking bodily fluids).

Not three months, at the completion of a women’s fourth trimester, a new phrase for the ancient practice of the forty days of postpartum rest and nourishment observed by many Asian cultures.

No, two to three years.

You see, the transition to motherhood is not just about learning to change dirty diapers and mastering the art of making really strong coffee:  it’s a total identity shift.  It’s a transformation that has ripple effects through the entire ecosystem of a woman’s life:  her intimate partnership, her relationships with friends and family, her career, how she feels about her body, how she relates to her wider community, and even her core values.

This is a reality that is becoming more widely recognized with the resurgence of the word “matrescence,” originally coined by social anthropologist Dana Raphael and brought back into modern academic use by reproductive psychologist Aurélie Athan, and into popular vernacular by psychiatrist Alexandra Sacks’ TEDx talk on the transition to motherhood.

When I spoke to Athan about this word in an interview last year, she was quick to point out:  matrescence, like adolescence.  As in, a (fairly emotional, awkward) period of several years where a person transforms – physiologically, emotionally, socially, intellectually and even spiritually.

But despite the fact that there have been thousands of books written about what to expect when you’re expecting and how to “get your body/career/life back” after having a baby, reproductive psychologists agree that we know comparatively little about what actually happens during the transition to motherhood.

Now, back to the NIH research, which may have come as a surprise to those who thought postpartum meant a few weeks or months, and not a few years.  Though three years is a long time to feel the way depression feels, these data are actually consistent with the trajectory of transformation that motherhood represents.  But there’s even more to unpack and understand about postpartum depression than this:  in the last decade, our societal awareness of postpartum depression has grown – almost to a fault.  A great many of us use the word postpartum as a synonym for depression, rather than the period of time following the birth of a baby.  And despite the fact that research is now showing that mothers may actually experience postpartum anxiety and obsessive-compulsive disorder in higher rates than postpartum depression, our currently available diagnostic tests still tend to slot women in the “depression” category.

But we’ve also been slotting many, many more women into that category:  more and more maternal mental health experts assert that though postpartum mood disorders are, of course, psychological conditions that require appropriate treatment and support, we run the risk of pathologizing the normal – and yes, often challenging – process of the transition to motherhood because it’s the only schema for the postpartum experience that we have.

Our cultural – and even clinical – understanding of the transition to motherhood is that you’re either a delighted, Pinterest-worthy mama doing yoga while the baby sleeps, or you’re depressed.

Alexandra Sacks, perinatal psychiatrist and author of the book What no one tells you:  A guide to your emotions from pregnancy to motherhood, wrote in Psychology Today: “Matrescence is not a disease, but it’s being confused with a serious condition (that deserves its own expanded outreach, research and advocacy) called Postpartum Depression.”  Expanding on this, reproductive psychologist and author of To Have and To Hold Molly Millwood writes:

“Overly simplistic explanations for postpartum depression are a part of a set of myths that continue to distort our view of what changes within a woman when she becomes a mother and what constitutes a ‘normal’ transition to motherhood.  Our improved awareness of postpartum depression has brought with it an unfortunate consequence:  another false dichotomy that distorts our conceptualizations of motherhood, this one distinguishing between the small minority of women who suffer from postpartum depression and the large majority of those who do not.”

It is imperative that we begin a discourse around what is a normal part of the transition to motherhood, and what to really expect when you’ve just had a baby.

Because what we see on Instagram and in the celebrity news isn’t cutting it.  And because the mothers being born today deserve a more nuanced understanding and approach to their experiences of matrescence.

What I wish all new mothers knew?

It is normal to experience a profound sense of grief and loss in early motherhood.  You have been asked to let go of not just your old jeans or hot cups of coffee, but the woman you knew yourself to be.  It’s okay to feel sad about that.

It is normal to have to renegotiate your relationship with your intimate partner, and it’s normal that this might take several years (definitely not six weeks).  Communication helps.  Therapy helps.

It is normal to feel complex feelings about your relationship with your own mother as you become a mother yourself.

It is normal to feel disoriented in your own skin, and to have to renegotiate your relationship with your body, which has, perhaps, just made an everyday miracle while also moving further away from being the kind of body our society deems to be “good.”

It is normal to feel like there’s a domino effect of other shifts that are happening – or that you want to make – to your life.  Your career, your community of friends or your desires for your life may no longer feel like they fit.  It is normal, therefore, to feel like you’re not sure where you belong, and to feel lonely sometimes.

It is normal to feel like you’ve lost yourself.  What no one tells you is:  you’re supposed to.  Just like in adolescence, you’re becoming a new person.  There is no going back.  And you’ll want to experiment, slowly and gently, with learning who you are now.

None of this means that you shouldn’t seek support.  Normal doesn’t mean “suck it up and go it alone.”  It means the exact opposite.  Normal means you’re not alone. “Normal” offers us nothing less than a sense of belonging with a whole cadre of other mothers who are traversing the same kind of experience. You should absolutely seek the help and guidance of a therapist, counsellor, coach, postpartum doula, friends or family to help you through this often-challenging time of transformation in your life.

So no, the transition to motherhood isn’t just about changing diapers and learning how to make really strong coffee.

And what about becoming, anyway?  As it turns out, becoming – that messy, sometimes painful process of unbecoming everything you used to be so that you can step into the next phase of your life – isn’t just a poetic way to think about matrescence.  Studies show that when women hold beliefs about motherhood as a time of inner and even spiritual evolution they report lower depressive symptoms throughout their entire first postpartum year.

But, as Aurélie Athan posits in her research, because we lack a schema for motherhood as a powerful, positive, transformational experience, mothers may be the “last to know” about the immense potential of their transition to motherhood.  She writes: “Without any rites of passage or alternative interpretive frameworks to illuminate the presence of their spiritual work, mothers are finding themselves traversing a path to enlightenment in isolation.  Where are women being informed that to embark on the transition to motherhood is to undergo a spiritual transformation?”

This is why I have been teaching MotherSHIFT, a three-month program to support women through the transition into motherhood, for the last six years.

MotherSHIFT uses an evidence-based, time-tested model of how matrescence unfolds and includes mentorship, coaching, and virtual women’s circles, supporting participants to feel less alone in their process and to feel well-equipped with resources to support them.  It is the deepest kind of support for your time of mother becoming – this rite of passage that has for so long gone unrecognized in our culture.

This rite of passage is also the focus of the new program, The Village, which guides professionals who work with postpartum women to support them more fully on this journey.

To find out more about these programs, click on the images below.  Registration opens on August 30th and the programs start on September 28th, 2021.

** MotherSHIFT focuses supporting women through the normal, yet often challenging, process of matrescence.  For some participants, this process includes the experience of a postpartum mood disorder.  Past participants have found that MotherSHIFT is a beautiful compliment to, but not a replacement for, the support of talk therapy, medication and other healing modalities.