Living Truth: the story of my authenticity crisis, and why you might be having one too 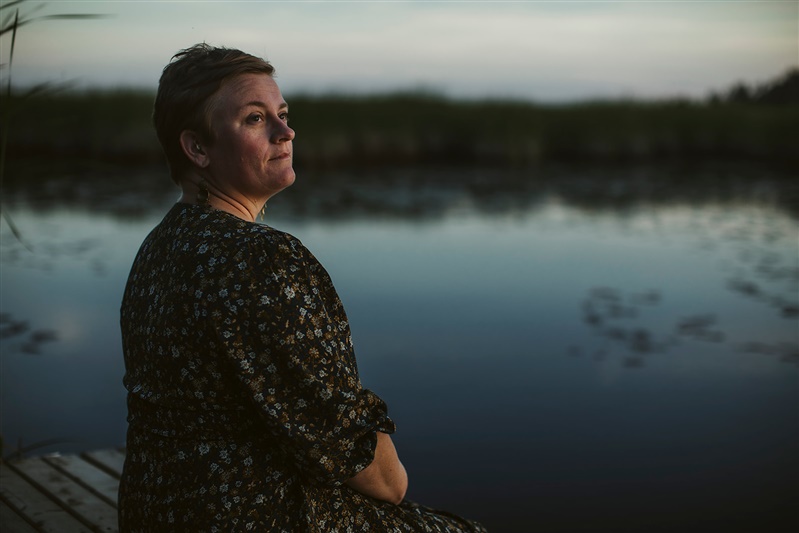 “I want to live more of my life in Authenti-CITY.  Like, C-I-T-Y.  City,” my friend said to me as we sat across from one another in her sun-drenched living room.

Immediately picturing a place filled with people wearing whatever the fuck they wanted and, for some reason, twirling like dervishes, I said,

You see, I’ve been realizing, lately, that I have been becoming less and less authentic in the way I show up in certain parts of my life over the past year and a half or so.

(God, you guys, even writing that, especially as someone who works in the “personal growth” world, feels like I’m actually saying “I’ve been making fur coats out of puppies over the past year and a half or so.”)

I’m going to write about that more – but first:

Authenticity has become a huge buzzword in recent years, and I don’t know about you, but I feel like I’ve completely lost connection with the meaning of it.

And, if I’m being honest, I’ve come to somewhat resent the word.  It’s become not about who we are in our relationships with others and to the world, but too often conflated with how we “present” on social media.  And in our capitalist culture, authenticity has become commodified and monetized:  we see more and more people engaging in “performative vulnerability” for the likes, shares, and “buy now’s” it tends to garner – regardless of the damage it may do.

As a result, I’m a huge advocate for privacy, especially in the online space that is (dys)functioning as our modern-day village, and am always reminding myself and others that you owe no one your story, and not wanting to share certain things publicly does not mean you’re being inauthentic.

Let me say that again for the kids in the back:  privacy ≠ inauthenticity.

And while I’m making announcements, let me also say this:  authenticity is a DAILY CHOICE, not a personality trait.

As in, you cannot Be An Authentic Person, but rather, you can choose, every day, how much of yourself – gnarly bits and all – you bring into the relationships and circumstances and spaces you show up to in your life.  Authenticity is also not binary – not “I am being authentic” or “I am not being authentic” – but rather a spectrum.

I’m going to swing back around to this in a minute, but first, you might be wondering:

What does this all have to do with life transition?

Radical life transformations may manifest in a thousand different, very individual ways, from divorce to illness to motherhood.

But there are a few collective experiences nearly everyone has as they traverse these individual transformations.

The desire to live more authentically – to spend more time in Authenti-CITY – if you will, is THE most common of these experiences.

This is especially true for women and people socialized as women, because we’ve lived our lives receiving a lot of cultural conditioning about who we “should” be, and many of us – especially those of us with other intersecting marginalized identities – have learned that it’s not actually safe to be authentic.  This causes us to make choices that come from our conditioning and our trauma, among other things, that can eventually become constricting – especially during the tenuousness of life transition.

The other day, I was writing an email to a prospective guest on The Becoming Podcast and rather than writing the first question “can you tell us about a turning point in your life,” I accidentally wrote “a trueing point.”

The truth was there:  for many of us, our turning points become our trueing points – where we find ourselves wanting, even needing, to be in deeper alignment with our true nature.

So, I know you want to know:  how have I been less authentic in the last little while?

I realized, after I wrote the whooooole backstory about all the things that have been happening in my life that I haven’t felt able or comfortable to share, with a whole bunch of disclaimers about pity and advice and gaslighting, that the details don’t actually matter.

What’s more important is what happened as a result.

I began to feel like I wasn’t able – or that it wasn’t completely safe – to show up as my full self in many areas of my life; to be fully transparent about “the gnarly bits.”  For a good while, you see, it felt like I was ALL gnarly bits.

I have some ideas as to why that happened, and I want to share them with you because I think maybe you’ll be able to relate to them too:

So much of what was happening was not mine to share publicly, and so much of it was too raw and I was too in it to share with an authenticity that felt in integrity with what my nervous system could handle.  I stand by that, firmly as hell.

What I also realized was that the majority of my day-to-day interactions (especially in pandemic times) are with people I support.  I felt scared to tell the people I was supporting that I was, essentially, questioning my ability to hold space for others because of the crises that were often raging just outside my office door.  I put as many boundaries around my time and energy as I could to avoid burning out, but I noticed, gradually, that feeling under-resourced caused me to doubt myself, often, as a space holder.  I would find myself overfunctioning in my support relationships for what I perceived to be my shortcomings.

SIDE NOTE:  This has caused me to question a lot lately:  who holds space for the space-holders, healers and caregivers these days?  Heather Plett talks about concentric circles of support, where the person being supported is the centre circle, their main support people are the next circle surrounding it, and those folks’ emotional resources and capacity move inward, toward the person they’re holding space for.  But then they need another circle around THEM, so they can “dump out,” as Heather says, keeping their *stuff* out of the support relationship but still having a place to be held, themselves.  I realized that in my case, my innermost circle was JAM-PACKED with humans who needed me, and there were a mighty (mighty!) but scarce few in my outer circle – and what I was holding was too much to ask them to show up for in the way that I needed:  they, too, were holding their own challenges.

I can’t ignore the fact that there is also a certain extent to which the intense division and polarization this pandemic is causing between folks has registered in my nervous system:  in a time when judgements and accusations and assumptions are flinging through the ether, it doesn’t feel like a stretch to imagine that somewhere in the more reptilian recesses of my brain I could come to believe that anything I share could result in conflict that I haven’t had the capacity to rumble with.  This doesn’t have to be “true” to cause anxiety:  my average scrolling session has me – and likely you, too – exposed to a tremendous amount of vitriol, cancellation and Big Opinions, and that is sometimes enough to make me feel paralyzed into silence.  Sitting in complexity is both a value and a trauma response for me (fancy eh?), and I’ve found myself getting quieter and quieter about everything – both the personal and the political – to protect myself from the vulnerability of sharing.

I also feel the invisible pull of the narratives that people create about my life (which is, notably, something we all tend to do when we ourselves are feeling a bit less-resourced – we make up stories about how other people’s lives are).  This awareness re-awakened in me when I read an email newsletter from Julie Parker, who I’ve followed since my baby coach days, when I wrote an article for Inspired Coach, the magazine that she edited.  She wrote about the “myths of the perfect life coach,” disclosing things that don’t seem that significant and yet are:  that she, a Priestess, loves to play Candy Crush and doesn’t have a consistent spiritual practice and sometimes struggles with mental health challenges.  I think – I know – that every scroll through social media exposes us to more “shoulds” than we can probably rationally dismiss for what they are.  Whether it’s that a coach or healer should have some pithy wisdom about The Times at hand, or that mothers should give their children idyllic, photo-worthy childhoods (preferably wearing neutral-toned 1800’s-reminiscent baby gear), and that our houses should look like those of influencers (Endy mattress, anyone?).  I don’t know about you, but when I’m scrolling, it’s likely because I’m already not at my best, and so my capacity to filter out the capitalist patriarchal bullshit is waaaaay lower, my beliefs porous to other people’s stories about how I should be.  And so when my life is a gong-show, there’s a barely-audible whisper that says “your messy bits aren’t welcome here.”

And there’s this:  I regularly beat myself up with my Authenticity stick, wishing I could, you know, Live My Truth (#livemytruth) and Be Myself (#bemyself) like the damn cheetah I wish I were.  Because wholeheartedness is a value of mine, it was hard to have compassion for my dwindling ability to tell the Whole Truth of my life in all the places and spaces and relationships I wanted to.  I can see that now, and I can admit that I’m just not, always, a cheetah.  I am really, really fucking human.  An introvert, at that, going through some Hard Stuff in the middle of some Hard Times.

There is a coven of whip-smart, fierce, red-spectacled English teachers and professors who I both was mentored by, literally, and who still sit with me figuratively every time I write who are asking what YOU are probably asking now too, which is:

What’s the point, Jess?  Why are you telling this story?

This is the point:

Over the past year and a half, I have found myself with fewer and fewer spaces that felt safe to “land” my authenticity and vulnerability.  I have convinced myself – or perhaps even seen proof that – it might be risky for me to open my heart to you, dear reader, to my clients, to the people who love me (and some of the ones who don’t).  And that reticence, which started small and noble, grew a life of its own, until it felt like:  this may be protecting me from bad things, but it might also be protecting me from good things.  I’m pretty sure I read something about this in a Brené Brown book somewhere, but you just have to experience it for yourself sometimes, don’t you? (thanks anyways, Brené).

And this is the other point:

Maybe you’re traversing change in your life right now that has you wanting to live in Authenti-CITY more often.

And maybe drifting away from the fullest expression of your authenticity is kind of *new* for you, like it felt for me, because of the complexities we’re living in right now – because you’re a caregiver who needs to “keep it together” while also needing extra care for yourself, because you’re feeling triggered and unsure of yourself, because of the weirdness of being vulnerable in the age of social media, because of the thousand stories you’ve told yourself.  Maybe all of that makes sharing your truth (#sharingyourtruth) feel a little scarier or more vulnerable than it might have otherwise.

And also this: you don’t have to go to downtown Authenti-CITY and dance naked at the Overshare Disco.

Authenticity is not a personality trait but a choice, and a spectrum.  You get to share what you want, with whom you want, when you want.