Into the Woods I Go, To Find Myself + Lose My Soul 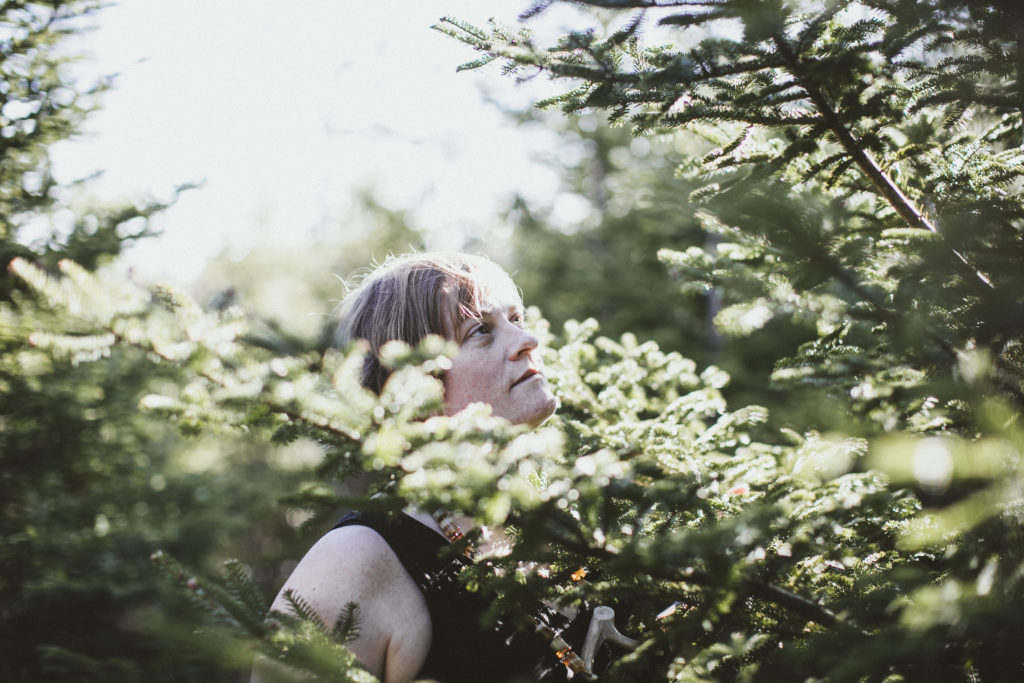 The year I was sixteen,

on a hot summer’s day

anointed by a raging wall of white water, kissed ever-so-lightly by my own mortality.

The person I thought I was – a quiet, bookish, girl who loved listening to feminist folk music – was left swirling in the eddies of the Ottawa River, where I went whitewater rafting for the first time.  She was still with me, in some way, but she was also more.  She was capable.  Capable of surviving the most ferocious elements; arms paddling hard, eyes wide and knees tucked as I was tossed down the river.

She could do just about fucking anything.

That day on the river was a rite of passage for me and my relationship with my body and with the earth, although I didn’t know it at the time.

But the knowledge that I had the courage to face that powerful white water,

that my body had the wisdom to wind its way down the river,

alchemized into a belief that I could do something like that

my confidence was birthed

as was a woman who sought evidence of that confidence

over and over again

on mountains and across oceans

until it ran through her veins.

But little did I know,

– into the woman I was and would come to be –

had already begun, in a quieter, softer way.

It was born, if I remember right, on the banks of the river that edged the town where I grew up

on a rock where I perched and noticed, for the first time, that my eyes were the same colour as the water rushing past,

and I saw my own beauty.

It flourished on the long walks I took

the place where I went looking for home again – and found it in the way the sunlight sparkled off of navyblue waters – when I felt unsteady and unsure in my newfound independence.

The trees and the ocean were my home again

when I traversed that other rite of passage many women do

and it was with my baby’s breath condensing on my chest, my lips brushing her gossamer hair and my hands reverently touching her small toes, peeking out of the carrier

that I began to make sense of who I was

Though I have had many homes

in on under with between betwixt

that I know I am always home.

that I have found myself

over and over again.

And in a world that seems hell-bent on pulling me – all of us, really – away

seeking beauty and success and fulfillment and answers

Showing us, over and over again

there is always abundance.  Death always becomes life again, and life is sure to be recycled too, and there are no mirrors, out here, but just the way rushing water feels on tired feet and the way sunshine changes everything.

And that, to me

feels like a revolution:  a place where me and All The Women can find our bodies and our hearts and our bare feet again

How have you found yourself, your strength and your confidence in relationship with the Earth?  I would love to tuck stories into my back pocket of the myriad ways women have found power and peace and confidence and courage in the wild.